Final Thursday Press Publishes Exs
“If you’ve had one, you’ve been one” 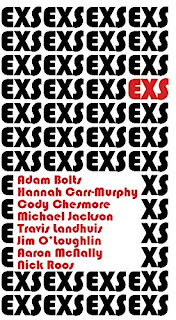 Eight regulars at the Final Thursday Reading Series open mic have joined together to publish Exs, a collection of fiction and poetry available for the Kindle Reader and in a limited edition print version by Final Thursday Press.
This unique collection brings together a group of regular contributors to the open mic at the Final Thursday Reading Series, a monthly creative writing forum at the Hearst Center for the Arts, which is currently in its 16th year.  For this project, writers contributed fiction and poetry focused on the topic of exs with titles ranging from “Verses for My Ex-Girlfriend” to “Oliver Murphy’s 1976 Chevy Monza” to “Of Memory, and of Desire I Write.”
Jim O’Loughlin, Associate Professor of Languages & Literatures, who is the publisher of Final Thursday Press and a contributor to the volume notes, “Though the best ideas don’t always emerge over drinks at the end of the evening, this one did. After a particularly strong night of open mic readings at the Final Thursday Reading Series, a group of us decided we wanted to work on something together. Exs is the result of that decision.”
The contributors to Exs are Adam Bolts, Hannah Carr-Murphy, Cody Chesmore, Michael Jackson, Travis Landhuis, Aaron McNally, Jim O’Loughlin, and Nick Roos.  Exs is available on Amazon.com in a digital edition for the Kindle Reader for $2.99.  A limited-edition print version retails for $14.95 and are temporarily available for purchase for $9.95 directly from Final Thursday Press (checks only made out to Final Thursday Press, 815 State St., Cedar Falls, IA 50613. 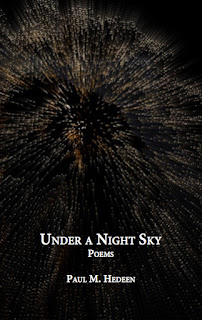 CEDAR FALLS, IOWA— While we typically may associate the dark of night with loneliness or isolation, what if it is our daylight lives that isolate us?  What if night, rather than day, is the time when we are exposed to “the history of the whole of Creation,” in the words of Richard Grossinger?  These are the kind of questions that animate Under a Night Sky, a book-length collection of poetry from Paul M. Hedeen.

In a collection of thirty-five poems that confront loss and find healing, Hedeen offers an intimate account of paths to knowledge and the possibility of happiness. While most of the collection’s poems make their first appearance in print here, a select numberhave been published previously in noted literary magazines including Potpourri, Blue Unicorn, The Karenjen Review, Voices International, and The Antigonish Review.

The collection is divided into three sections whose structure has the purpose of guiding the reader through the different stages in life, including hardships, lessons and blessings. In the author’s words, through these poems the reader, “taking healing as a possibility, can appreciate “breaking” from the daylight attacks of part one, acknowledging the “A to Z” of life’s difficulties in part two, trusting and giving with an “open-heart” in part three, and celebrating the magic and grace of the postscript.”

Under a Night Sky has been highly praised by Rachel Morgan, Poetry Editor of the North American Review, who observes that Hedeen’s poems in this collection “peek into childhood, lament the wars of this century and last, and tenderly curl into the intimate space of family.” Morgan further describes that Hedeen’s poems “fuse into an imperative elegy, not for what is lost, but for what must be discovered in the time we have.”

Poet and critic, Bruce Whiteman, celebrates Hedeen’s ability to unearth deep emotions with the words he carefully selects for his poems. “Hedeen has a wonderfully acute ear, and his poems are always musical and attentive to what lives inside words and the sentences they make, beyond meaning. That is where real poetry breathes and perdures, and Under a Night Sky demonstrates exactly this truth.”

Paul M. Hedeen, a former resident of Waverly, Iowa, is an award-winning professor and writer and a Fulbright scholar. His other publications include a novel, The Knowledge Tree (Wide Water); a co-edited (with DG Myers) collection of essays, Unrelenting Readers: The New Poet-Critics (Story Line); and a poetry collection, When I Think About Rain (Final Thursday Press).

Final Thursday Press is an award-winning publisher of literary poetry and fiction. The press’ previous publications include Ghost Wars by Vince Gotera, Lamentations on the Rwandan Genocide by Pierre-Damien Mvuyekure, Other Things that Grow by Kimberly Groninga and The Inhabitants by Jason Bradford.

Hedeen will release Under a Night Sky at the Final Thursday Reading Series on September 29 at the Hearst Center for the Arts in Cedar Falls. The evening begins with open mic signup at 7:00 p.m. Creative writers are invited to bring five minutes of original poetry, fiction, or creative non-fiction to share. Singer-songwriters are also welcome to utilize the Hearst Center’s grand piano. Paul Hedeen takes the stage at 8:00. There will be a short question and answer period as time allows. Copies of Under a Night Sky will be available for purchase. 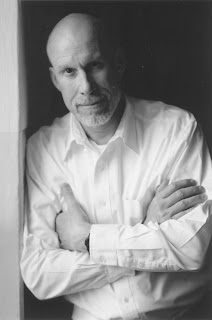 “At This Age”
By Paul Hedeen

At this age you’ll begin
to turn away as the last child,
homo eruptus, rises
from the grass
and sings for something
past her Daddy,
learning the muddle
that grown she’ll call “purpose.”

Turning at middle age,
you’ll notice your own parents
looking deeply into you,
their childish eyes suddenly present,
so as to say
you know us now,
wearied beyond even you,
no longer your nightmares’ czars,

love us as anything surpassed,
as the imperfect sculptors we are,
having known before you
the anguish of desire.

This is the interstice of middle life
when the cord between us is stretched
and we are unknotted
with the old whom we hold
in the last passage.

See the heedless seasons
point to out bland mean
as we ask each other to
stop the count,
breathe the ease,
hear whippoorwill’s trill
tossed on the tongue
of our evening’s breeze,

touch each task,
set each apple in the basket,
hold nothing heavy to the hand,


shun the edges of truth and toy.
Posted by Jim O'Loughlin at 11:31 No comments:

UNDER CONSTRUCTION FOR FALL 2016 SEASON