Vince Gotera takes the stage for the first Final Thursday Reading Series event of the 2019-20 season on August 29 at the Hearst Center for the Arts.  Below is a repost of an interview with Vince about his latest poetry collection, The Coolest Month. In this interview, he discusses how the collection came about and what drew him to writing poetry in response to prompts. 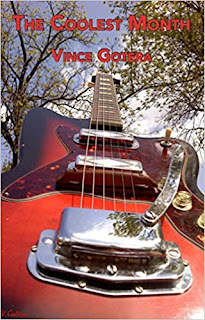 —interview conducted by Jim O’Loughlin
Posted by Jim O'Loughlin at 08:05 No comments: