An Interview with Jeff Sears 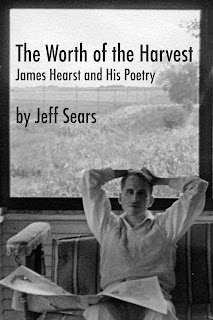 On Sunday August 7 at 1:30 p.m., you are invited to a release reading of The Worth of the Harvest: James Hearst and His Poetry with author Jeff Sears. In honor of what would have been James Hearst's 122nd birthday, the Hearst Center for the Arts and Final Thursday Press are teaming up to celebrate the life and work of James Hearst at his former residence. Come for the reading, stick around afterwards for a slice of birthday cake in honor of James Hearst.
The Worth of the Harvest is the first book-length literary biography of Iowa’s celebrated farmer-poet, James Hearst (1900-83). Author Jeff Sears has been James Hearst’s biographer since 1977. In this book, he explores Hearst’s life and literary work, interweaving biographical information with insights gleaned from a careful reading of Hearst’s verse.

JIM O’LOUGHLIN: Can you say a little bit about how you first got to know James Hearst?
JEFF SEARS: I grew up in Waterloo, six miles from Hearst’s home in Cedar Falls. But I got to know him in a roundabout way. In 1971 I was in college on the east coast when a classmate asked me, did I know James Hearst? No, I said, who is he? An Iowa farmer-poet who was a friend of Robert Frost’s. My classmate had run across a reference to Hearst in one of Frost’s published letters. Fast forward six years, and I’m an assistant professor of English at Iowa State University. I had learned a lot about James Hearst in the meantime, and I got the idea to interview him and publish some scholarly articles about him. When I approached him, he was very cordial, and a series of interviews with him and his wife Meryl followed. I was also able to interview other Iowa literary figures who knew him, namely Paul Engle and Ferner Nuhn. 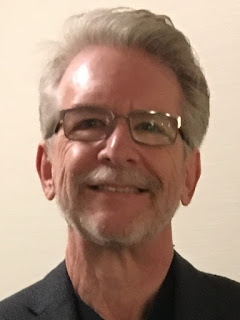 JO: What initially drew you to Hearst’s poetry? Over the years, has that stayed constant or do you now find yourself drawn to different aspects of his work?
JS: What drew me to Hearst was his connection to Robert Frost. Was Hearst an imitator or an original who happened to share the moniker farmer-poet? I found to my delight that Hearst was an original. What most impresses me about Hearst’s poetry is the variety of styles he mastered and made his own. His early work is traditional, and his later work is modern. But it’s always his voice. My admiration of Hearst’s work has remained constant. I’ve tried my hand at poetry too, so I appreciate what he did and how he made it look easy. It’s not!
JO: Though Hearst wrote autobiographically in My Shadow Below Me and Time Like a Furrow, that work is very different from a literary biography like The Worth of the Harvest. Can you talk about how the approach of your project is not like what a reader would find in a memoir?
JS: My project traces Hearst’s development as a writer and shows how his life experience informed his work. It also shows how something can be learned about his life and emotions through his writing, though he was usually careful to distance himself at least to some degree from the persona who speaks in a poem. He did not discuss his literary career in any depth in his autobiographical writings.
My Shadow Below Me and Time Like a Furrow were available when I was working on my project. But I decided to rely on the interviews I mentioned, as well as my own research into Hearst’s correspondence that has been collected at several university libraries. To be honest, I don’t think Hearst did his own life story justice. Hearst’s life would be interesting and inspiring even if he had never written anything. I have tried to relate his many challenges and how he responded to them in an immediate and compelling way. 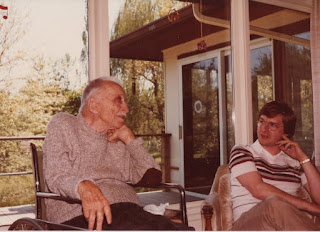 JO: Part of what is significant about The Worth of the Harvest is that you are able to look at James Hearst’s work with an appreciative yet critical eye, seeing some limitations in Man and His Field but also pointing to Limited View as one of Hearst's best mature works. Is there a part of the book that you feel particularly good about or that you feel highlights an aspect of Hearst’s work that has been undervalued?
JS: Of course, I’m a big fan of James Hearst and his poetry. And I would say that as a whole his poetry has been undervalued in terms of a national reputation. But there’s a reason that he is not regarded as being in the top echelon of American poets. His language can be too prosy and his subject matter stuck in the ordinary. The clearest examples of this are the poems in Man and His Field. On the other hand, the poems in Limited View consistently exceed expectations. I would point to the poem “Truth,” which many feel is his best poem. It is a brilliant rendering of the farmer’s plain-spoken, exasperated, even sarcastic tone as he schools his neighbor in his hard-earned empirical outlook: “the connection with a thing/is the only truth that I know of.”
One last thing, I want to take the opportunity to thank you and all the others who helped me publish the book. Thanks to Scott Cawelti, Cherie Dargan, Barbara Lounsberry, Heather Skeens and Hannah McConkey.
Posted by Jim O'Loughlin at 13:36 No comments: