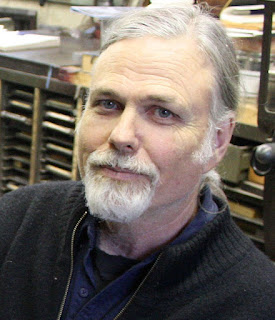 Since 1988, Timothy Fay's Route 3 Press has published Wapsipinicon Almanac, a distinctive annual anthology of midwestern writing. This year's issue, the 25th, will also be the last, and it will be be featured at the Final Thursday Reading Series on February 28th at the Hearst Center for the Arts in Cedar Falls.

The next day (March 1) there will be a special event at 11 a.m. commemorating the run of Wapsipinicon Almanac at UNI's Rod Library and marking the donation of papers related to the magazine to Rod Library's University Archives & Special Collections. Join Timothy Fay along with Jim O'Loughlin and Brian Pals for a discussion and celebration of the run of Wapsipinicon Almanac.

What was your original vision for the Wapsipinicon Almanac, and how did it evolve through the years?
TIMOTHY FAY: My original vision for the Almanac was to provide a forum for interesting writing and commentary for our region and to round out my business, the Route 3 Press. I’d established the Press 10 years earlier and had always hoped to publish an annual collection of essays, fiction, reviews and advertisements pertaining to Iowa and the upper Midwest. My original vision stayed the same through my 30 years of editing, printing and distributing the publication. 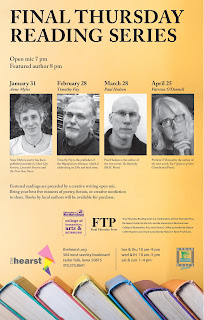 Looking back, what were the challenges and rewards of beginning the publication of the Wapsipinicon Almanac in 1988, in the aftermath of the farm crisis?
TF: Challenges: starting a publication while trying to explain to potential advertisers and writers what I had in mind. Also, figuring out a format and design. Iowa was, of course, a different place then; the “farm crisis” was winding down, but its effects were still in the air. The full force of the gutting of small town Main Streets was just beginning to sink in. In terms of rewards I’ll say they’ve always involved delivering a product that readers and advertisers admired and that has been seemingly judged a worthwhile venture. The publication has, fortunately, always more than paid for itself.
Can you describe the letterpress process used to produce the Almanac?
TF: My text is set on a linotype machine dating from the 1930’s. Any illustration is reproduced in the form of a “type high” engraving—whether that be a woodcut, polymer plate or magnesium reproduction. I printed the covers on a Miehle Vertical press and the actual magazine on a 2-color Miller flatbed press. Various bindery equipment (cutter, stitcher, folder) took care of the finish work involved.
This is a bittersweet time for the many Iowans who are loyal fans and contributors of the Wapsipinicon Almanac. Did you approach this last issue any differently?
TF: I approached this issue as I approached all of the others: what could I improve on and what had I learned from past mistakes and triumphs? For the final issue I did want to include material from certain loyal writers and artists whose work I’d been especially fond of over the years. I was able to do this and to also include material from writers I’d not met or previously published. 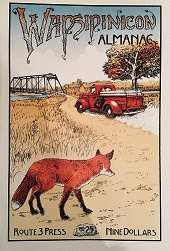 You have previously mentioned that you are not retiring, and that you are interested in taking on smaller projects. What types of projects do you see yourself taking on? TF: I hope to continue to print chapbooks for various writers and learn more about hard and or decorative bindings. I hope to take my past dabbling in “fine printing” to perhaps another level. I’ve connected with many writers and artists in the last 30 years, and I hope to work with some of the same folks.

With the conclusion of the run of the Almanac, do you think there is room for another similar type of publication? TF: I hope that some type of independent “literary” publication sprouts somewhere in Iowa in the near future. Something “in print,” preferably, and something not seen as a “flash in the pan.”


-- Interview conducted by Tamara McReynolds
Posted by Jim O'Loughlin at 19:41 No comments: