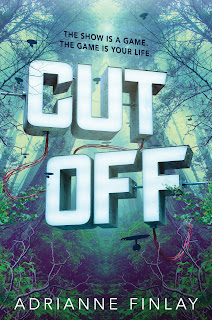 The 20th season of the Final Thursday Reading Series took the whole show outside to the Hearst Center's outdoor sculpture garden. It was a hot August night, and wehad a dedicated (and socially distanced) crowd on hand for the launch of Adrianne Finlay's new novel Cut Off. Cut Off (HMH Books) has been described as “Warcross meets Lost.” It’s a young adult sci-fi thriller in which teens compete to survive in the wilderness for one million dollars on a new virtual reality show. When something goes horribly wrong and the contestants realize no one is coming to save them, they must question their very reality—and how much of the game is really for show. School Library Journal describes Cut Off as “A genre-bending story that engages with themes of anxiety and trauma in imaginative ways.” Finlay is also the author of the novel Your One and Only. In the reading that you can stream below, Finlay reads two chapters from the novel and takes questions from the audience. Locally, copies of Cut Off can be ordered from the UNI Bookstore.